Lavender in the Fields of Dreams 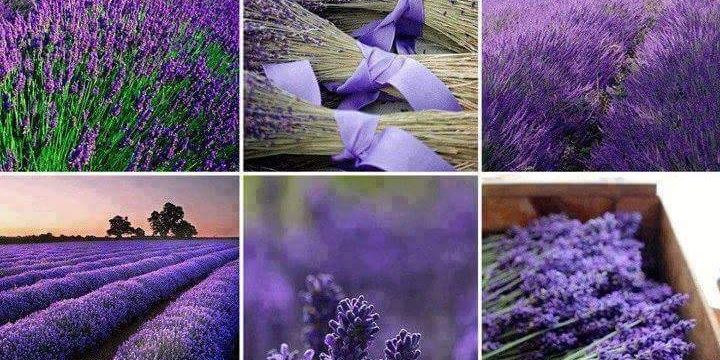 DID YOU KNOW THAT LAVENDER HAS BEEN USED SINCE THE TIME OF THE ANCIENT EGYPTIANS WHO UTILISED IT FOR PERFUME AND IN THE MUMMIFICATION PROCESS. THE PERSIANS AND PHOENICIANS ALSO USED IT, AND IT WAS PHOENICIAN MERCHANTS TRAVELLING THROUGHOUT THE MEDITERRANEAN REGION CIRCA 600BC THAT WERE RESPONSIBLE FOR INTRODUCING IT INTO EUROPE ALONG WITH THE GRAPE VINE AND OLIVE TREE.

The Romans used lavender during bathing and in their cooking as well as for an air freshener. Roman soldiers knowing of lavender’s value in wound healing, planted seedlings wherever they travelled during their many military campaigns.

The name ‘lavender’ comes from the Latin ‘lavare’ – to wash, and the botanical name ‘lavendula’ is derived from ‘livendula’ – bluish.

Medieval and Renaissance peoples used lavender to purify the environment and protect against infections and there is evidence from the 16th century that glove makers who used lavender to scent their gloves, were less likely to suffer from cholera and other diseases including the Black plague.

In the late 18th and early 19th centuries the growing popularity of perfumes led to a great increase in demand for lavender essential oil which was used as a floral top/middle note in formulations created by the perfumers of Grasse.

As a result the cultivation of lavender allowed numerous areas of derelict agricultural land on the high plains of Provence to return to productive use.

By the 1920’s the first large lavender plantations or “lavanderaies” began to appear. This was the époque when Provence started to become covered by the immense lavender-blue fields that today, are an unmistakable image of the region.

In the beginning the lavender was cut with scythes and the harvesters paid according to how much they cut. A good harvester could cut around 1000 kilos of lavender a day. Today with very few exception harvesting is done by machines which cut and bundle the lavender to be left to dry in the fields in preparation for distillation.

Most people are unaware that there are in fact three main types of lavender found in Provence: True Lavender, Aspic and Lavandin.

True Lavender ( Lavandula Angustifolia ) also called Fine Lavender or Female Lavender is grown at altitudes of between 800 to 1300 metres and its olfactory qualities and therapeutic properties of its essential oil are coveted by the perfume-makers, aromatherapists and the pharmaceutical and cosmetic industries.

Aspic ( Lavandula Latifolia ) also known as Spike Lavender or Male Lavender and is similar to fine lavender but with broader leaves, long stems with several flower spikes. Aspic grows at moderate altitude, between 600 and 800 metres and flowers slightly later in the season than True Lavender and has a very strong camphorus odour.

Lavandin ( Lavandula x intermedius etc ) is the plant most commonly seen and referred to as lavender in Provence. It is in fact a hybrid of  True Lavender and Aspic which initially occurred by cross-pollination in nature. Farmers adopted this new larger plant with its heavier stems, regular rounded bushes and higher oil yields. It is however sterile and can only be propagated by cloning and cuttings.

Lavandin can be grown on dry soils at a much lower altitude than lavender with an essential oil yield four or five times that of True Lavender. The oil is not as fine as True Lavender but for many purposes such as fragrance in soaps, detergents and any product which needs the smell of lavender but without the therapeutic and fine aroma of True Lavender, Lavandin is used.

If you see a bottle of lavender essential oil with the words Grosso or Intermedia appearing on the label you can be sure that you are in fact buying Lavandin.

In Provence Lavandin makes up more than 80% of the surface area under lavender cultivation.

You can find out more about which cookies we are using or switch them off in settings.

This website uses cookies so that we can provide you with the best user experience possible. Cookie information is stored in your browser and performs functions such as recognising you when you return to our website and helping our team to understand which sections of the website you find most interesting and useful.

Strictly Necessary Cookie should be enabled at all times so that we can save your preferences for cookie settings.

If you disable this cookie, we will not be able to save your preferences. This means that every time you visit this website you will need to enable or disable cookies again.