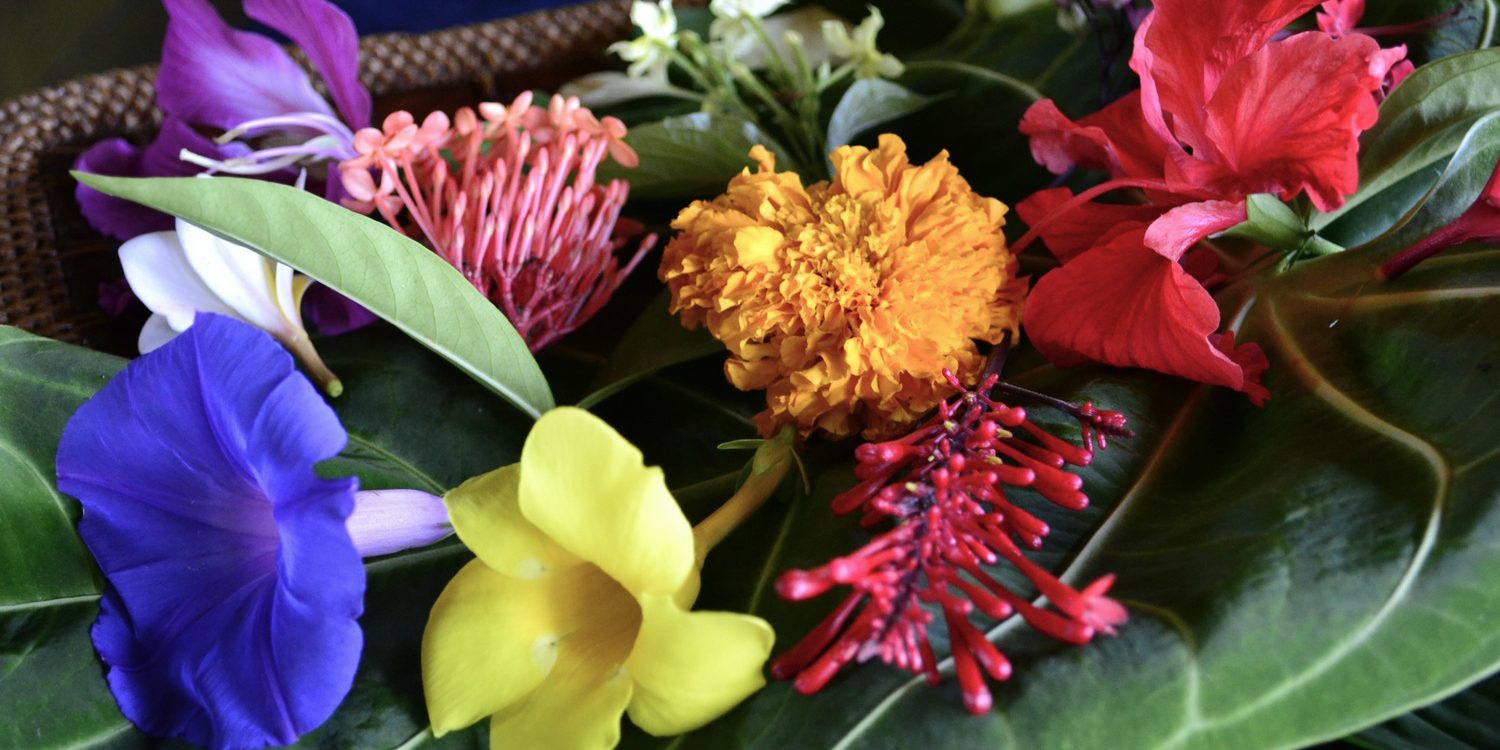 I WAS WANDERING AROUND OUR COUNTRY PROPERTY TODAY AND THINKING ABOUT HOW FLOWERS, PLANTS AND HERBS HAVE BEEN VIEWED AS SYMBOLS FOR LIFE, LOVE, FERTILITY AND ABUNDANCE THROUGHOUT TIME.

Linked with religion, their healing powers were seen as gifts from the gods and goddesses and plants were often used in ceremonial celebrations and rituals.

In ancient Egypt, the lotus or sacred water-lily, was associated with the life giving power of the Nile and with Osiris, Lord of the Dead. The pharaohs burned incense to please the gods and were embalmed with fragrant spices, unguents and balms. The Hindus believe the god Brahma was born inside a lotus and it is revered as a sacred flower. In both Hindu and Buddhist art deities are often seated on a lotus throne.

Bali has many ceremonies, rituals and an abundance of beautiful, aromatic flowers. The significance of nature is so very powerful for the Balinese that they believe the sweeter the flower, the more quickly their prayer will go to heaven.

The Greeks were the first to develop a language of flowers known as florigraphy. Every single flower and herb used as floral decoration and adornment had an associated meaning. The Romans later adopted this system and created a festival in honor of the Goddess Flora.

Over the centuries, flowers and their meanings became associated with a wide range of human emotions, conditions, events, places and ideas. Art, literature and poetry are all richly endowed with flower symbols that speak a universal language of beauty, colour, sensuality and fragrance. Flowers have always honoured the language of love and beauty, carrying their passionate message to the soul with a stun of colour and a symphony of fragrance.

In modern times, flowers, plants and herbs have continued to be widely regarded and used in a variety of therapies as symbols of the soul to unlock our spiritual potential.

You can find out more about which cookies we are using or switch them off in settings.

This website uses cookies so that we can provide you with the best user experience possible. Cookie information is stored in your browser and performs functions such as recognising you when you return to our website and helping our team to understand which sections of the website you find most interesting and useful.

Strictly Necessary Cookie should be enabled at all times so that we can save your preferences for cookie settings.

If you disable this cookie, we will not be able to save your preferences. This means that every time you visit this website you will need to enable or disable cookies again.